As a replacement for the cancelled reunion from May 2020 we have scheduled an in-person 55th Reunion on May 13 and 14, 2022 at the Harvard Club of Boston.  There is more information inside.

The tailgate at the Harvard-Dartmouth game has been CANCELLED due to an inclement weather forecast.  Instead we will be attending the Harvard-Penn game on November 13th.

The video for the recent Zoom meetings is linked on the inside of this site.  You must log in to access it.  If you haven't signed up yet, there are instructions at the foot of this page.

We have been fortunate enough to live a charmed life.  Very few of us died in foreign wars, perhaps a handful in Vietnam but nothing compared with the losses other classes suffered in the major wars of the last century.  We also benefited from antibiotics, which we take for granted, but which may not be effective much longer.  In spite of the differences, it is startling to see how familiar some of the concerns expressed in the Class of 1910’s 55th Report seem.  Here are a few samples:

I am retired and tired, but manage to rise to the occasion.
Hampton Ray Allen.

...Here, for the present at least, I can deteriorate without evoking notice or comment...
Seymour Lansing Andrew

Elisabeth and I still have our hearing and eyesight but run at reduced speed.
Charles Melville Baker

I am still busy writing books.  The number of my published books has passed fifty…
Henry Thomas

Somewhat to my surprise I find since retirement, that I have unlimited ability to do nothing happily.  Also, now that I am home most of the time, I am somewhat shocked at the tremendous amount of hard work which my wife does just to keep the house orderly and supplied with the necessary food and materials.
Frank Rollins Maxwell

It is pretty clear that the class of 1910 was fond of their secretary.   Charles Shepard Lee observes: “I now have a second summons from our genial and illustrious (also industrious) secretary---Leon Leonidas Little.  Remember him, from the pre-convention literature of our Twenty-fifth Reunion?”  There are many similar comments.

In Little’s report we find the following:

(“Now that college athletics are on the wane,” The New Yorker’s “Talk of the Town” would observe, “the Yale and Harvard Clubs have been reduced to competing in the number and rank of the men they have in the services.  The competition would seem to have been conclusively and triumphantly ended by the Harvard Club, which included a tabulation of members in the armed forces in the March issue of its Bulletin.  At the top of the list…is a modest notation: ‘Commander-in-Chief---1.’”)

It is also striking how many of the names are familiar.  Harvard has recently been criticized for its policy with regard to legacy applicants.  Certainly our class had many members with relatives in the Class of 1910, and I suspect that recent classes have included many of our descendants.   That may be because of a policy of favoritism but I prefer to believe that it is due to considerable effort rearing our offspring.

Grant's son Steven has a new book out called Barons of the Sea.

Katharine Redmond has sent us news of David Roberts, which you can read here.

Born into a World at War 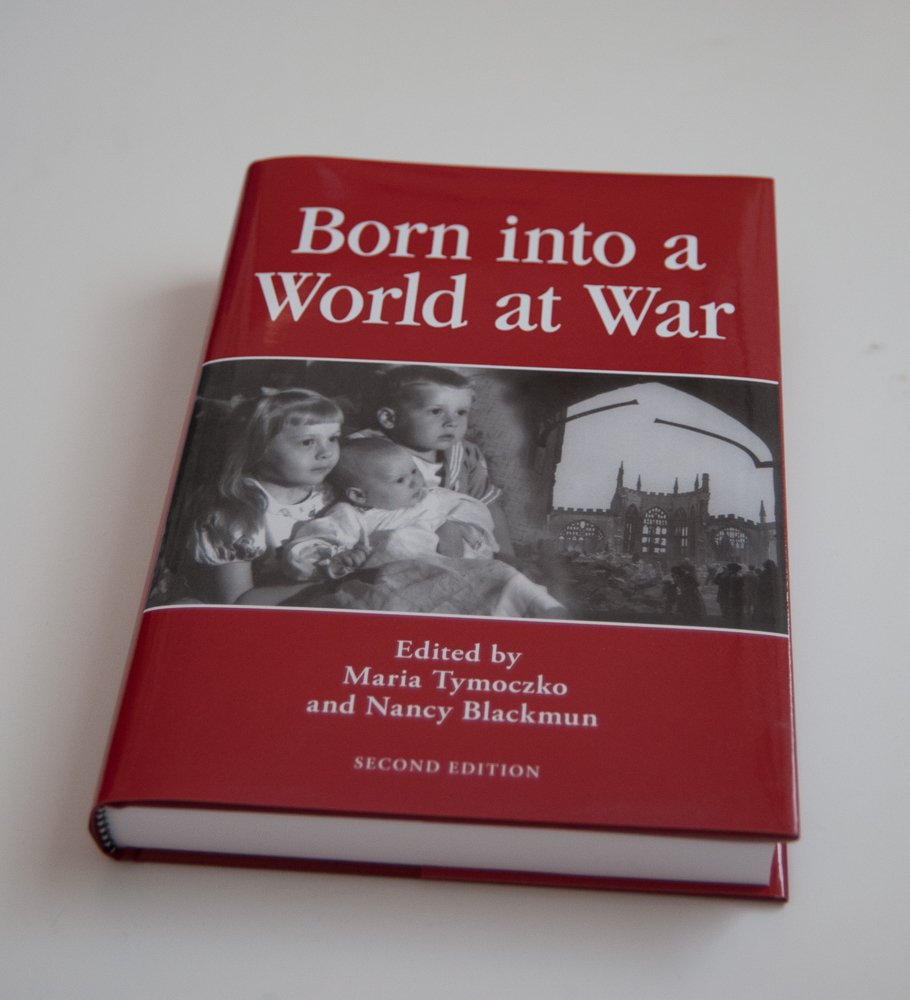 Thanks to the tireless efforts of Maria Tymoczko a second edition of Born into a World at  War is now available.  You can read about it in the Web version of the email we sent out in December, and you can order copies at the University of Massachusetts Press.

Want to order a class photo?  You can do so online at panfoto.com.

Classmate Julian Gresser writes: My colleagues and I have created an online course entitled, "My Personal Resilience Journey", based on my two recent books which introduce the new fields of Big Heart Intelligence and Integral Resilience. You can have a general look at three web sites: www.bigheartintelligence.com; www.alliancesfordiscovery.org and www.resiliencemutliplier.com. Integral resilience is a core life competency that underpins every positive behavior. As you are likely aware, there is a strong behavioral component, and our data suggest resilience, in managing a great number of physical diseases, many associated with aging, including diabetes, hypertension, Alzheimer's, and depression.

Spring in the Yard

The snow is finally gone and Buildings and Grounds (well, maybe it's Landscape Services now) are busy getting things ready for Commencement.  What a difference three months makes. 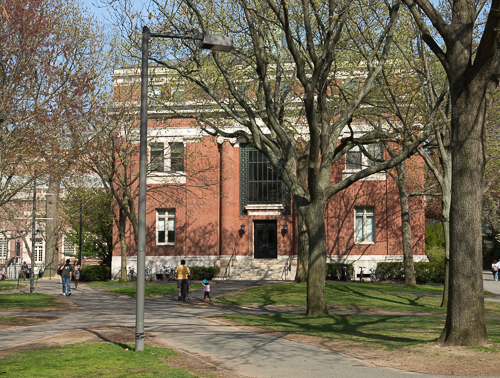 What is this site?

This is the Class Web site for the Harvard-Radcliffe Class of '65.  It is maintained by members of the class.  Most features of this site are available only to classmates.  This includes classmate profiles, books published by classmates, classmate creative works,  and an interactive map of where we live.  So please register now! (Registration here is separate from registration on Harvard's alumni web site, Alumni.Harvard.edu - the old post.harvard.edu.)

First of all your classmates!   The site has profiles and pictures of your classmates; information on who's coming to the reunion; a display of books and creative works by classmates; an open forum for discussion; photographs from past reunions; and lots more.

Here's how to register for hr65.org: